The eight announcement under the Atmanirbhar Bharat Yojna 3.0 was about providing Rs 65,000 crore for subsidised fertilisers. This is likely to help farmers in the country. The finance minister said that the increased supply of fertilisers at subsidised rates will help 140 million farmers.

For Blackberry it was their software.

2:21 PM: The seventh announcement was about a Rs 6,000 crore equity infusion in National Infrastructure & Investment Fund (NIIF) debt platform by 2025. It will provide infrastructure project financing to the tune of Rs 1,10,000 crore. The government will invest Rs 6,000 crore as equity and the rest of the equity will be raised from private investors.

“We are now giving Rs 6000 Crores of Equity to Debt Platform of NIIF where private equity participation will also come in. NIIF itself has invested Rs 2000 crore,” Sitharaman said.

“So, by 2025 they will have to fund projects to the extent of Rs 1,10,000 Crores. We are creating this avenue for them to do it even through the debt market,” she added.

2:19 PM: As part of the sixth announcement, Finance Minister Nirmala Sitharaman said it will focus on providing income tax relief to homebuyers and home developers.

Presently Section 43CA of Income Tax Act restricts differential between circle rate and agreement value at 10 per cent. Prices may actually be lower than this. Therefore, it has been decided to increase the differential from 10 per cent to 20 per cent for the period from the date of announcement to 30th June 2021 for only primary sale of residential units of value up to Rs 2 crore.

The consequential relief up to 20 per cent shall also be allowed to homebuyers of these units under section 56 (2)(x) of It act for the said period. The necessary amendment to the Income Tax Act would be proposed in due course.

2:10 PM: As part of the fifth announcement, the government will now support contractors engaged in construction and infrastructure will relaxation of earnest money deposit. EMD will now be required for tenders and will be replaced by Bid Security Declaration. Relaxation will be given till 31 December 2021 under General Financial Rules.

02:05 PM: As part of the fourth announcement under Atmanirbhar Bharat 3.0, Sitharaman spoke about the Pradhan Mantri Awas Yojna. She said that the real estate sector is seeing good traction at the moment. She added that 135 projects all over the country have been approved under the SWAMIH Yojana with an outlay of Rs 13,200 crore.

“Now Rs 18,000 crore will be provided over the budget estimates for 2020-21 for Pradhan Mantri Awas Yojna in urban areas. This is over and above Rs 8,000 crores already this year, said Sitharaman.

“This extra budgetary resource being provided will help 12 Lakh houses to be grounded & 18 Lakh houses will get completed as a result,” the finance minister said.

The measures are expected to create 78 lakh additional jobs and boost steel production by 25 lakh metric tonnes (LMT) and cement by 131 LMT.

01:48 PM: Nirmala Sitharaman also announced that the Emergency Credit Line Guarantee Scheme (ECGLS) has been extended till March 31, 2021. The government has also extended the ECGLS to all stressed sectors.

Finance Minister Nirmala Sitharaman’s press conference today announced another relief package, emphasis on job creation and relief to troubled sector
To bring the economy derailed in the Corona crisis, the Modi government has announced another relief package. Finance Minister Nirmala Sitharaman said in the press conference that recent figures are showing signs of improvement in the economy. The government has announced self-sufficient India 3.0. Self-reliant Bharat Rojgar Yojana has been started so that new employment can be created.

In this, efforts have been made to provide relief to everyone from corporate to farmers, from real estate to the troubled sector. Finance Minister Nirmala Sitharaman said that 12 declarations will be made under Self-reliant India 3.0. He said that recent figures are showing signs of improvement in the economy.

Its goal is that more and more employees join EPFO ​​and take advantage of PF. Those employees who were not previously registered for PF and their salary is less than 15 thousand, then they will get the benefit of this scheme. Those who were not in the job from August to September, but after that are associated with PF, they will also get the benefit. This scheme will remain in force till 30 June 2021. 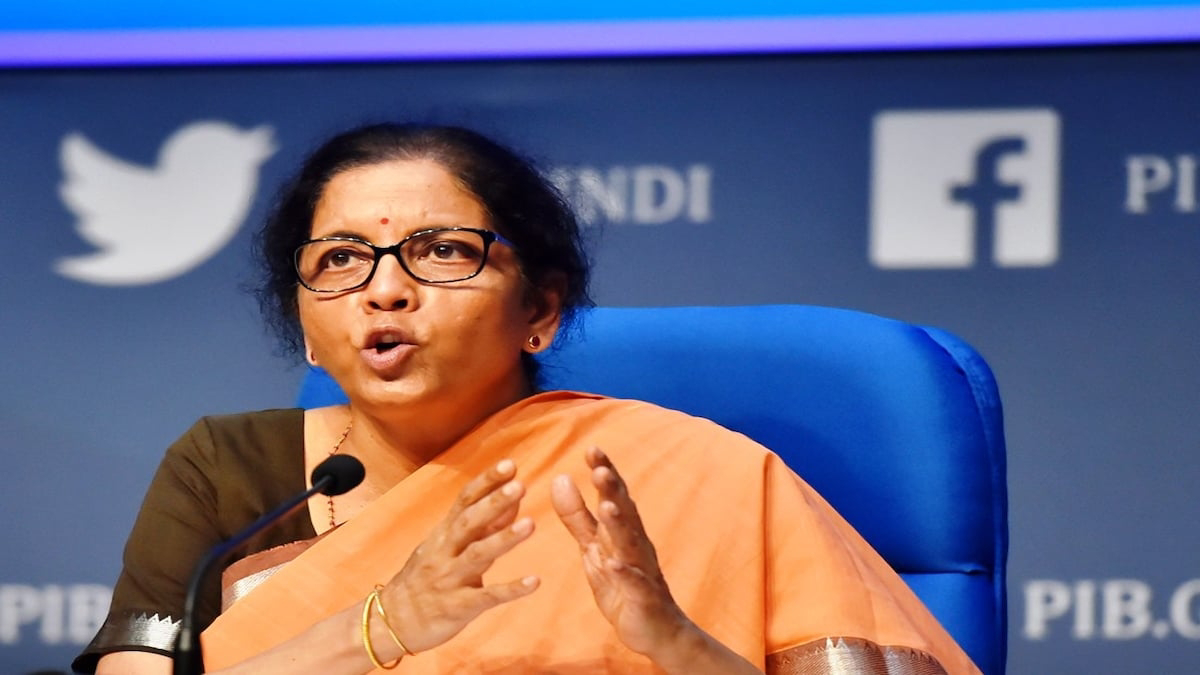 For two years, the government will give a full 24 per cent of the PF of newly recruited employees as subsidy to organizations with up to 1000 employees. This will be applicable from 1 October 2020. The government will give subsidy for 2 years for the new employee’s 12 percent PF contribution in an institution with more than 1000 employees. About 95 percent of the institutes will come in it and crores of employees will benefit.