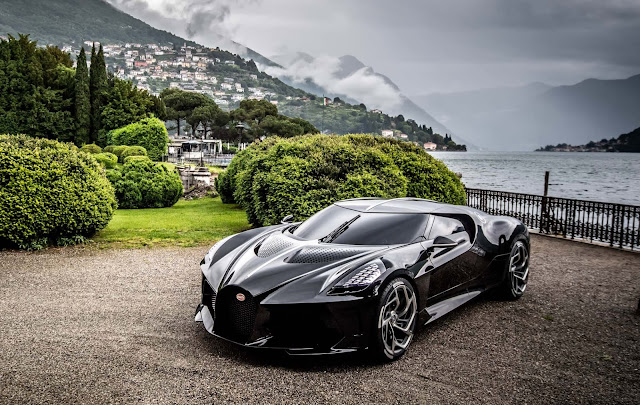 Bugatti has unveiled the “La Voiture Noire” translated as “the black car” made entirely from carbon fiber. The first one of the Limited Edition car has been sold for $19 million to Ferdinand Piech, the owner of VW group. Designed by Salome Etienne, it is inspired by its predecessors Veyron and Chiron and the pre-war Type 57SC Atlantic.
.
Also Read crc brc call latter date
Powered by an 8 liter, 16 cylinder engine that churns out a jaw-dropping 1,500 HP the car should be able to reach above 450 km/h. Bugatti has refused to reveal its performance specifications. The front is dominated by the trademark horseshoe-shaped Bugatti grill and blends into an aerodynamically swept-back design with sloping windscreen and wrap-around tail lamps.
2. SWEPTAIL BY ROLLS ROYCE – $13 MILLION 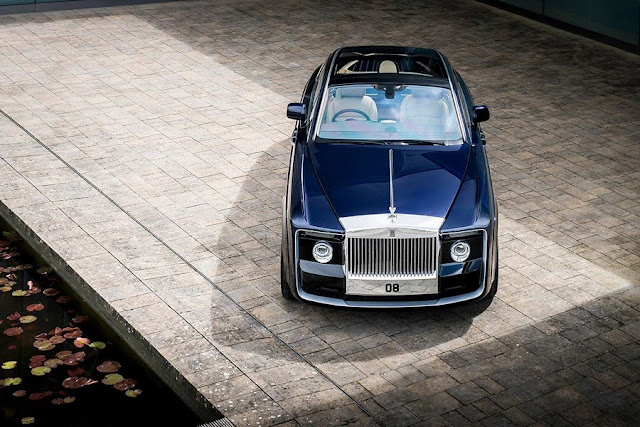 Before you gasp at the price, do note that this car is off the markets. That’s because it was made on the recommendations of one specific customer whose name the company has refused to divulge. A company famous for its luxurious rollouts, there were only 4,000 Rolls Royce cars manufactured in 2016!
This particular exclusive car comes with its custom coach work, reminiscent of the royal carriages of yore. Probably modeled on the Wraith, this car can seat only two people (see what they mean by being exclusive?). The sunroof is fully panoramic, tapering down sharply like those of the racing yachts, as per the orders of the customer.
Something very cool about the interior handcrafted with wood and leather are the hidden attaché cases for holding laptops behind each door. Not much else is available on this most expensive car in the world, except that it is based on the 1920s and 30s models, and looks like a yacht from the back. The owner does happen to be a collector of super-yachts and private planes.
Also read “List of longest bridges above water in India“
3. KOENIGSEGG CCXR TREVITA – $4.8 MILLION 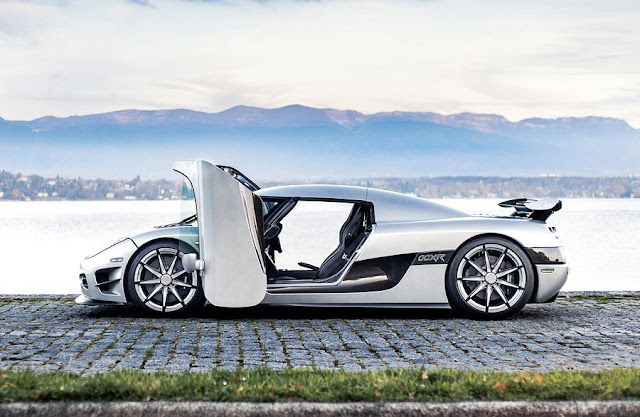 The most expensive street-legal production car in the world, this is coated with real diamonds. Yes, you read that right. ‘Trevita’ is an abbreviation translating into ‘three whites’. The carbon fibers are indeed coated with a diamond dust-impreganted resin, called the Koenigsegg Proprietary Diamond Weave. This technology transformed the fibres from the traditional black to shining, silvery white, making the bodywork of this car renowned throughout for its unique design and perfection.
And that’s not all. Beneath the coating is a 4.8 liter, dual-supercharged V8 having a total output of 1,004 horsepower and 797 pound-feet of torque. This makes it well-equipped at overtaking semis in the freeway. This car comes with a one-of-its-kind dual carbon rear wing, iconell exhaust system, airbags, ABS powered carbon ceramic brakes, paddle-shift, infotainment system, chronometer instrument cluster, tires monitoring systems along with a hydraulic system.
Only three cars of this model had been initially decided upon, before getting reduced to two, because the carbon fibre made it too difficult and time-consuming for regular manufacture.
Also read Top 5 best hospitals in india.
4. LAMBORGHINI VENENO ROADSTER – $4.5 MILLION 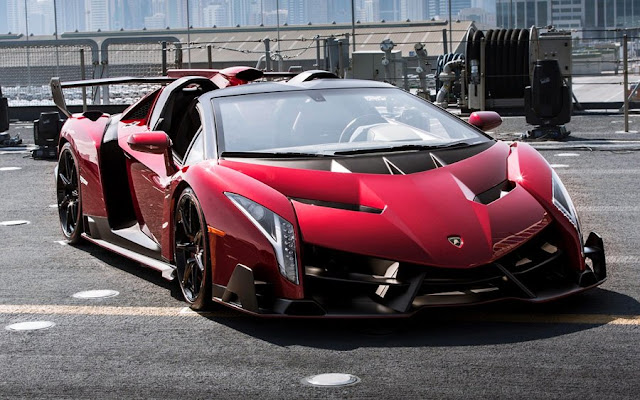 Also read Top 10 festival in india
Built to celebrate the company’s 50th birthday, ‘Veneno’ literally means poison in Spanish, and well, the design does look deadly. Looking almost like an alien space capsule, this car can reach speeds that can give one of those a run for their money, literally. The 6.5 liter V12 with a seven-speed single clutch ISR automated manual transmission can spin at 8,400 rpm to yield 740 horsepowers and 507 pound-feet of torque, meaning that the car can do a 60 mph at 2.9 seconds!
The monoque is heavily inspired by the LP700-4 Aventador, and is made of carbon fiber. The sprung portion is placed on the top of a pushrod-actuated suspension, and its total dryweight of this carbon-fiber vehicle is a mere 3,285 pounds, although it is driven by a full all-wheel-drive system.
Only 9 units being made, the biggets problem of these cars is their crazy resells rates- one was sold at $11 millions! It was the most expensive car in the world ever produced upon its introduction, and only three being available to customers in the first lot, there was a crazy scramble to get hands on the remaining ones.
5. MCLAREN P1 LM – $3.6 MILLION 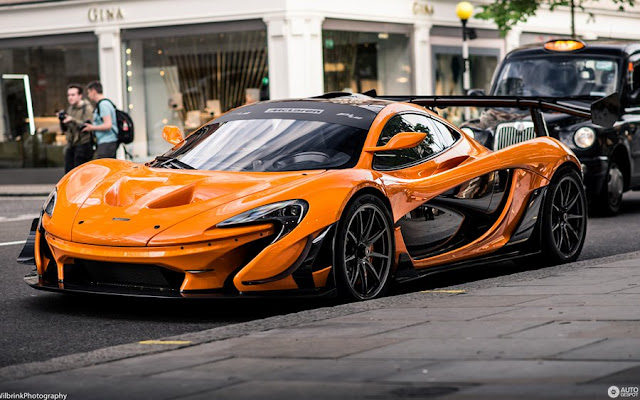 Not a production car, this is more or less a street-legal version of the track-only McLaren P1 GTR. Converted by the British firm Lanzante, who bought the original P1 built by McLaren, it was made keeping in mind a select group of buyers in the U. S., Japan, U. K., and the UAE.
This car has a lot in common with the P1 GTR and the legendary McLaren F1 road car. For example, the gold plating surrounding the engine bay with a 3.8 liter twin-turbo V-8. It is much smarter than the P1 GTR. Not only does it weigh 132 pounds (60 kg0 less than the P1 GTR, but its modified rear wing and enlarged front splitter join with the dive planes to generate 40% increased downforce as compared to the P1 GTR.
The awesomeness of the aerodynamics can be witnessed where it is made for- on track, where it can produce 1000 horsepower. As of yet, only five units have been built, all of them being sold.